The Five Most Capitalist Countries in The World

The United States and China are usually juxtaposed when considering their economic systems. Is that a fair analysis? (image: CC0 public domain)

So who ranks the strongest when evaluating countries for capitalism? The results might surprise you.

Germany tops our list of one of the most capitalist countries in the world. Capitalism in Germany is found in its institutions such as banking and educational systems. German industries have prospered because the country has made it a priority to train its labor force to succeed in various industries. These various systems have worked together to make a robust capitalistic market for the country. The German model of prosperity supports allowing local entrepreneurs to develop and initiate new industries which help the people to communicate better with the world and to meet their needs in becoming current world players in the technology industries. The flow of goods exported from Germany are grouped into sectors, and Germany has the dominant role in exporting for markets which specialize in goods which are the result of patents, niche markets and new innovations and inventions within the country. For example, in the media industry, prosperous subsectors would be: film, radio, television, teleservices, advertisement, printing and publishing houses, and data processing software. Americans are known to be risk takers and capital makers. In the US it is possible to begin a business of humble means and expand it to grow into a conglomerate business model for people wanting to start a new business. Imagine a tiny dry cleaner who adds space in strip malls and soon owns over twenty businesses. This is the epitome of wealth and capitalism in the US. Capitalism in the US has no color and welcomes anyone willing to work hard, market a product and to bring it to fruition. Americans are said to be moved by their fear of failure and their greed for monetary success. Capitalism allows private ownership to spur production of goods and allows the private owner to keep and track profits for what sells. This allows exclusive rights and patents to the production of modern technology and boosts the social economy. Groups within industries shape the model for success in agriculture, commerce, service industries, technology and other industries. There are allowances for monopolies in financing, international trade, commodities, banking, insurance and commerce. Some of these monopolies are family run companies which are leaders in their industries and who have good will in the community which breeds loyalty for their products and services among competitive markets and the masses. China has focused in the last fifty yearscapi on educating the masses and the effort has paid off. Adult literacy in China has risen to almost 95% and is steadily rising. China is placing a priority on the development of its human capital and offers it workers more on the dollar to produce goods for export. China reformed its economy and began to see economic growth as a result the GDP doubled and the government allowed a pro-business and market attitude to rule in the country as a whole. China focused on exporting goods and developed a new economy as a result. Its new focus on manufactured products created over a hundred million jobs for the Chinese which supported capitalism in the country and offered a higher quality of life for the residents. China is also a large global exporter, along with Germany and the United States. But is China really a capitalistic country? In a way, yes. The Chinese government allows entrepreneurship as long as it is done with the permission of the government. 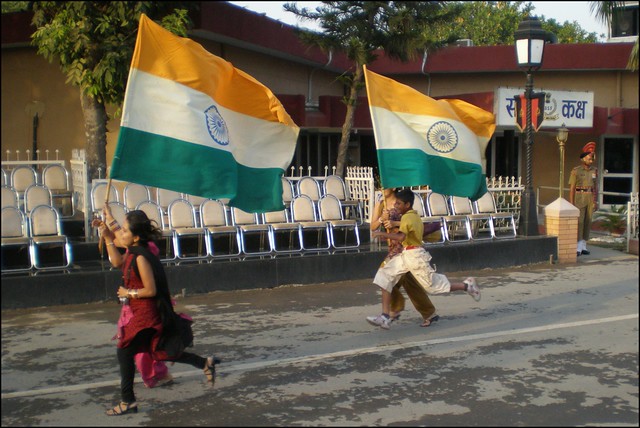 India is beginning to realize its potential economically as it encourages capitalism throughout the country. The infrastructure is limited by the human capital available to take jobs offered by the companies poised to hire qualified candidates as corporations globally look to India for offshore needs (call center and telemarketing, etc.). Between India and China, they both account for the world’s population at almost 40% all tolled. The Indian government realizes the potential of capitalistic growth as it struggles to overcome an outdated caste system. India has a problem with its distribution of income and access to free markets, since many of its residents are poor and have no way out of poverty. Most residents of India are Hindus, and although they either worship Shiva or Vishnu, India still struggles with the caste system ranking humans in inherited socioeconomic classes. For this reason, a person is either born rich or born poor and has no way to reverse that status going forward. With the idea that much of its population is considered “untouchable,” dalit or unclean, it should be difficult for the country as a whole to prosper. But in fact, the rich get richer despite these internal issues. In the early part of the century, the caste system hampered India’s development, but today, lower castes are demanding to be reclassified and given full paying jobs which allow them to qualify for benefits, privileges and the chance at a higher quality life which was not possible in years past. Although many Indian residents are still illiterate (though Indian literacy rates are improving), they are realizing that it is possible to pull themselves out of poverty by any means possible. At the upper levels of education, India excels and produces very highly qualified graduates who go on to study and work in other countries around the world. The Japanese economy has rebounded from it’s near collapse in the 1990s and has prospered with Keiretsu networks. Japan has a state-led economic machine, which keeps the country in healthy economic shape. Japan has been interested in reform in a few major areas such as: labor relations, bank relations, corporate governance and supplier relations. Reform in Japan has included the country allowing more of the US management style of capitalism with restructuring to lay off workers when production is a the lowest cycles. Japanese companies also have learned to focus on specialization instead of going into too many business areas which are diversified. By focusing on a few key industries they are able to capitalize on gains and become industry leaders in many fields such as in high technology for mobile telephones and other communications components. Japan has continued with a hierarchy system which rewards loyalty and long-term employment with the same organization by the employees. By stressing a seniority-based pay system, the Japanese have encouraged employees to stay at one company for their entire lives.